Continental has launched a new all-season van tyre that is designed for use on delivery vans.

The VanContact A/S has been engineered with a tougher side wall, to suit urban use, and a new rubber compound.

Continental says the tyre has a low rolling resistance, to improve fuel economy and reduce CO2 emissions, but also has a tread design that provides additional grip in snow or on wet roads.

The new tyre is being produced in four sizes with a diameter of 16 inches, for fitment on vans frequently used for delivery services and trade businesses. The product range will be expanded next year to include other sizes of 15-, 16- and 17-inch diameters.

To ensure the sidewall is resistant to tough conditions, the scuff rib was applied around the entire sidewall. Its “brick pattern” protects the sidewall against damage and contributes to making the tyre highly robust.

The engineers at Continental have also developed a new, clearly visible tread depth indicator for the new VanContact A/S Ultra that displays the tyre’s remaining tread depth much better than the small bars in the grooves. Four groups of figures distributed across the tyre circumference on the tread blocks indicate the remaining tread depth between five, four and three millimetres. 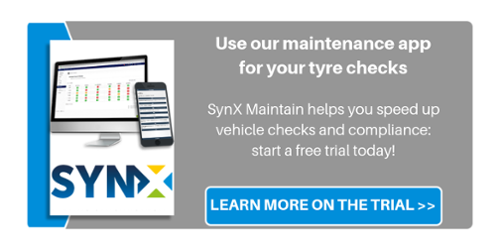 Photo by Nazim Zafri on Unsplash