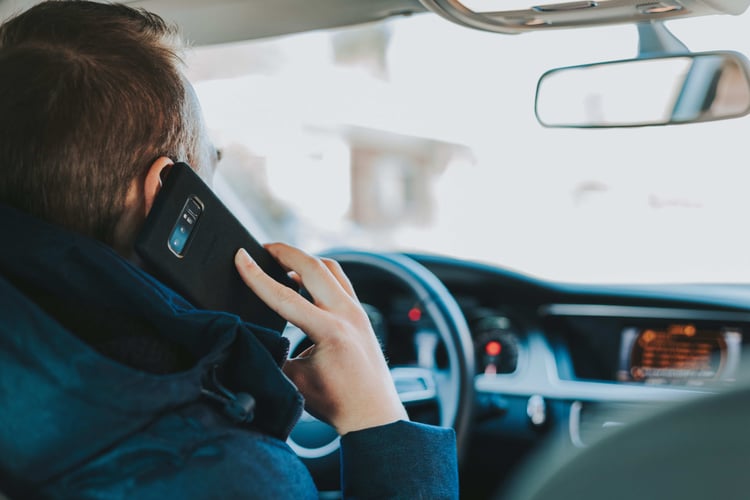 A truck driver has been jailed for more than eight years after his HGV struck multiple vehicles, killing three people. Ion Onut was checking out dating sites on his mobile phone when he crashed his Scania truck into slow moving traffic on the northbound carriageway of the A1(M) last July.

The vehicle was travelling at 58 mph when it struck another HGV and four cars before coming to rest at the central reservation and bursting into flames. The 41-year-old was rescued from his burning cab by members of the public and later arrested by police at the scene.

Forensic examinations of his mobile phone found that Onut, of Galashiels, in Scotland, had been repeatedly using the device’s web browser throughout his journey from Cambridgeshire right up until the time of the collision, which happened at 6.18 pm at Bowburn on July 15. He was charged with three counts of causing death by dangerous driving, which he admitted, and was jailed for eight years and 10 months. He was also disqualified from driving for more than 14 years.

Onut was living with family in Galashiels, Scotland, and was transporting fertiliser for a haulage firm. He initially hit the Vaxhaull Crossland carrying Dalglish, 57, and Sullivan, 59. He then smashed 51-year-old Mullen's Toyota Hilux under another lorry before continuing on the road - leaving three others hurt.

According to Sergeant Catherine Iley, from Durham Constabulary, the case serves as a dreadful warning of what can happen when drivers use a mobile phone or device while behind the wheel of a vehicle. “Irrespective of the purpose of that use, they are a distraction and as shown in this case, that distraction could have devastating and wide-reaching consequences.”

Photo by Alexandre Boucher on Unsplash