Driving for work is the leading topic of Project Edward 2020

The initiative known as Project Edward has this year Driving for Work as its leading topic.

After its start in 2019 as European Day Without A Road Death (EDWARD), Project EDWARD evolved into EVERY Day Without A Road Death and is going to be delivered in association with Highways England, Driving for Better Business, the Association of Road Risk Management (ARRM) and the charity TyreSafe to support the One Road, One Week campaign of police enforcement activity to be held this week, 14th – 18th September.

UK government figures show that in 2018 there were approximately 42,000 deaths and injuries involving someone who was driving for work at the time, with 82% of such deaths and injuries impacting other road users (not drivers). With over 20 million vehicles thought to be used for work, including those who use their own personal cars, this means the odds of being involved in an injury collision during the year are just 1 in 500.

During the police enforcement week, special attention will be paid to those who drive for work and to these particular areas:

To learn more about Project Edward, visit the website projectedward.org. 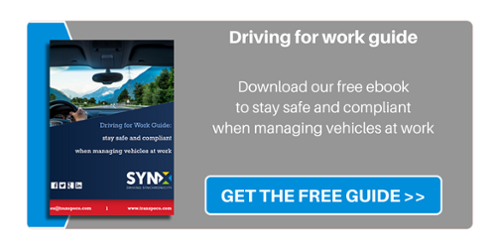 Photo by Alexander Popov on Unsplash